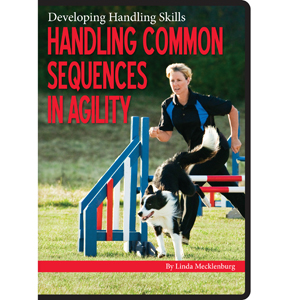 This DVD contains demonstrations of Linda Mecklenburg and one of her dogs performing common sequences in agility as described in Chapter 6 of her highly acclaimed agility handling book, Developing Handling Skills. The sequences demonstrated closely parallel those in the book and should be viewed as a supplement to the text and diagrams. Each sequence contains a reference to the figure it corresponds to in Developing Handling Skills. For maximum benefit, the video should be viewed in conjunction with the book.

Watching the demos as you study the figures in Developing Handling Skills will help you understand the appropriate execution and timing of the various cue combinations as well as the problems that arise with mistakes.

The sequences presented are

About the Author
Linda Mecklenburg is considered one of the premier agility instructors in the United States, and her students have achieved top honors at the highest levels of the sport. She specializes in perfecting the teamwork between dog and handler. Each student comes to Awesome Paws with a different background and varying goals and objectives. Linda customizes her instruction for each team. Regardless of their aspirations, to stand on the podium at the World Championships or have an exhilarating run, helping her students achieve their dreams is Linda’s goal.

No doubt one of the most accomplished handlers in the United States, Linda has won numerous national championships. She has represented the United States in international competition on 14 occasions, with 6 different dogs. At the FCI Agility World Championships, she has earned both gold and silver medals in the Team competition, as well as several top ten Individual placements.

Considered one of the pioneers of dog agility since the earliest days of the sport, Linda is one of the leading innovators of training and handling techniques. She constantly searches for ways to improve performance and raise the standard of excellence and so remains a driving force in the evolution of the sport of dog agility. 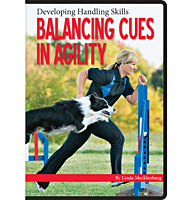 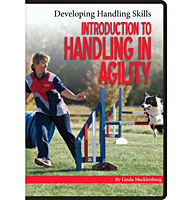