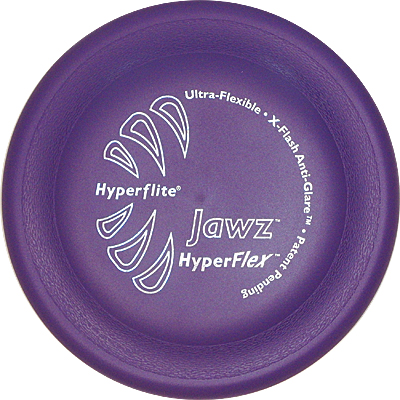 The Jawz Hyperflex disc is an ultra-flexible version of the Jawz disc that is about 80% as tough as the regular Jawz disc, but soft like Hypeflite’s SofFlite disc. Although the Jawz disc is remarkably tough in normal canine play, it is not intended to be used as a chew toy.

Jawz discs do not float in water. 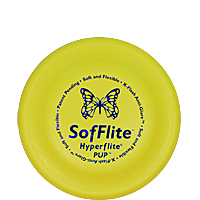 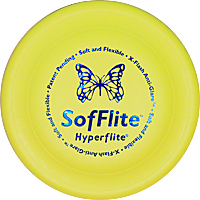