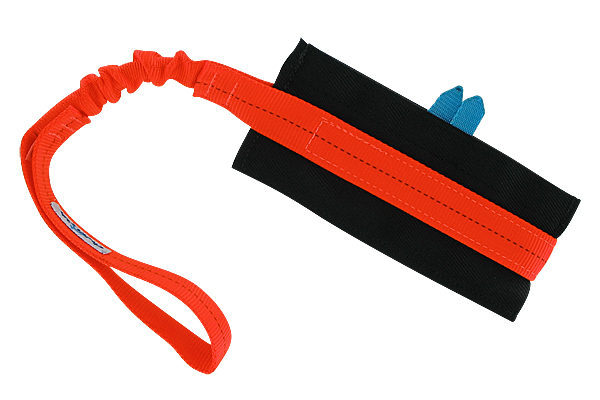 The Tug-N-Treat is made from heavy-duty nylon. The food pouch is 3"H x 6.75"W and has two grab tabs at the top to make it very easy to open the Velcro. This version of the toy features a short bungee handle (11.5").

The food pouch is black and the handles come in bright colors; please allow us to choose the handle color for you.